HOW TO CHEAT DEATH!! 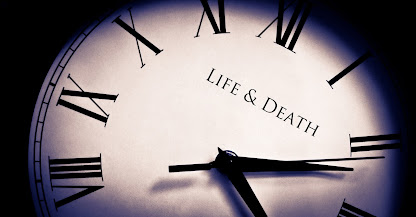 For all living things under the surface of the earth will fade and pass away, their passing away might come or be as a result of so many things, things that are known and that which are unknown. All living things be it man, plants, including all other living creatures made by the creator I do not know of, all have one thing in common which I have stated above, they will all pass away.

This passing away for all living creatures is feared by all most especially the higher animal "Man", Man the higher animal who is meant to be and have possessed higher wisdom, intelligence, and knowledge trembles at the echo of the word death, no one and I repeat no one is bold enough to withstand the power of death, staying in an environment where it is working and causing chaos, the man won't be present, Man will and can run as far as his feet would take him and will only stop where and when he is sure he is far from death or danger, I laugh out loud and I can't stop laughing because while he was running the said death is ahead and already dwelling where he plans to stop, that was funny right, it sometimes would not even let Man run away from him, he stops and catch up with man while he thinks he was running and flying in a private jet away from him.

oh, how funny and painful this is, all living creatures must pass through him no matter how long you as a super-being might desire to live, he waits patiently till you are done and tired using your powers, from the time of birth or existence of man the holy book recorded that death wasn't a part of the equation when Man was created by the creator God, the blueprint was for man to be and live as an immortal being with constant fellowship with their creator, God with the man and man with God, seeing face to face, but Alas! the serpent found its way in and all change, death came after the killing of the second child of the first man.

Oh how this sound, whenever we think about this we can not but wonder why that happened, why the fear of death has now become a heartache whenever its name is mentioned. Man has been wired to grow and then pass away, in this process of growth we get used and conversant with a lot of things around us, our families, and society at large, Living creatures grow in respect to the seed which produces it, he takes the form, shape, attitudes, emotions, and characteristics of the producer.

The power of death and growth can't be compared, one outweighs the other, we all know which is stronger and that is death, death can go as far as to truncate the growth of man and all other living creatures when growth overpowers death, he waits behind the scenes till when he thinks it's the right time to show its ugly head again, sometimes when old, plants and other lower animals go through the same life processes, we all been pursued by this nothing but powerful, direful thing called death, we all unknowingly possess the power to face and counter death as the power he thinks he is, higher animals has got the power to scare him away to the surface of the deep and never to visit until the appointed time by the creator or when called by the Man of Authority, a man who wants authority must be sure he is ready to do the needful, a man who has fulfilled purpose do not fear death, reason because you know you have done all you were brought to this planet earth to do.

How pleasant does this sound, if growth has cheated death and you are of age why then don't you face and put fear in this being called death, man who has discovered his purpose in life, a man who has discovered the reason why God the creator has created him and is working and walking in it not shifting focus, then the power of death can not near his dwelling for God the creator will keep so a man until his purpose is fulfilled, and no other power above this planet earth can't stop a man fulfilling his purpose and reason why he was created, death leaves and moves in anger, never to visit such a man until it is the appointed time by God or it is called by a man who has fulfilled Gods purpose for his life, Remember he isn't the creator of the being, this is just a tip of the iceberg on how to get a hold of this thing called death, the second solution is for you to accept a higher supernatural being as your lord, your peace, your health and saviour, this is the person of our Lord Jesus Christ, he is the way the truth and the life, not just life but life eternal, now you can see how you as a man can shut and slap death in the mouth, we all must know that fear is all about false evidence appearing real, Man as a creature as been born and have grown in the environment and society where fear reigns and has been the order of the day and on top of it death is the sole distributor of fear in the universe, all men on earth has at one time or the other experienced his visitation either in their families or amongst friends and well-wishers, but we all now have the power and the solution to conquer and subdue it until it is the set and appointed time by God or man, why not key into this and enjoy the eternal life, a life where when death visits he leave ashamed and mad no matter how often it comes you will keep been a step ahead of it, death, death, death or how highly you've been raised and at the same time brought low under the feet of man.

Man has the power to cheat death!