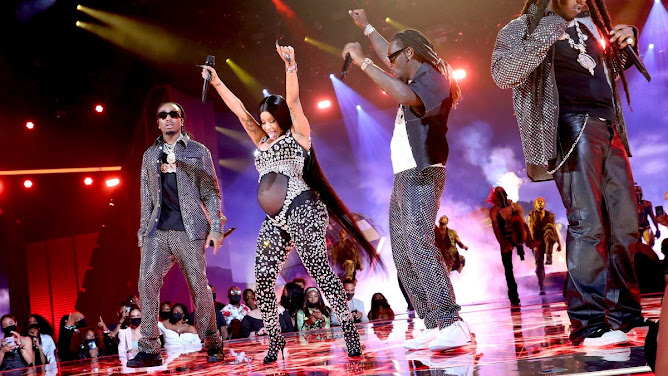 Singer Cardi B announced that she is pregnant with her second child during a live performance with Migos at the BET Awards in Los Angeles. 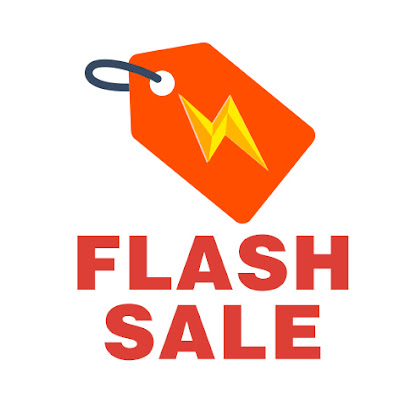 After the Migos trio finished "Straightening" at the event on Sunday, June 27, Cardi joined the group for "Type S--". 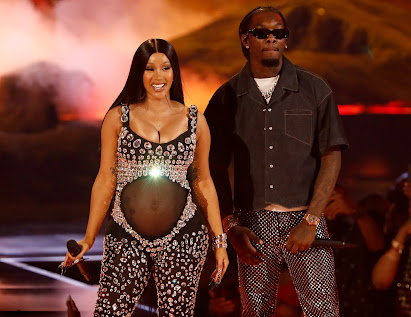 She appeared on stage in a black bodysuit adorned with rhinestones, a sheer panel in the abdomen exposed Cardi's burgeoning belly. Cardi also shared the news on Twitter following the performance. 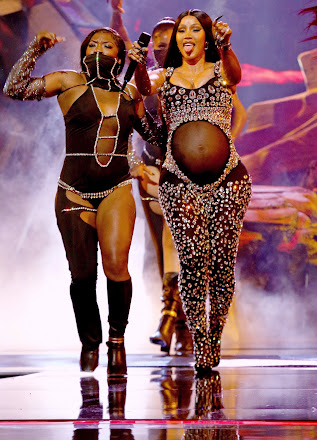 Cardi B and Offset secretly married in 2017 before splitting up in 2018 after she gave birth that same year. The two have had an on-and-off relationship ever since. The couple is already parents to daughter Kulture Kiari, who turns 3 in July. Offset, 29, is also dad to daughter Kalea, 6, and sons Kody, 6, and Jordan, 11, from previous relationships. 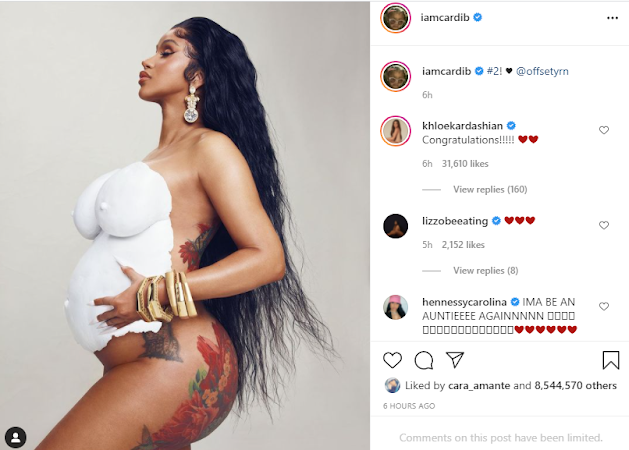