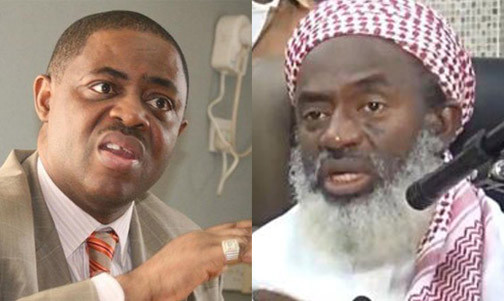 Former Aviation Minister, Femi Fani-Kayode, has slammed Islamic cleric, Sheik Gumi, who reportedly said the security agencies should stop killing bandits as they are victims. Gumi has been reported to have also mentioned that no school is safe until government negotiates with bandits.

"Stop killing bandits, they are victims too. No school is safe until Govt. negotiates with them"- Sheik Ahmad Gumi.

PURCHASE YOUR DOMAIN AND HOST YOUR WEB WITH WHOGOHOST. YOUR NO 1 TRUSTED AND RELIABLE WEBHOST!

Just listen to this heartless defender of child-abductors and cold-blooded killers. He is a dark and wicked soul, a callous Philistine and an unrepentant barbarian.

Every bloodthirsty terrorist and Janjaweed bandit should be brought to justice, exterminated and sent to hell.

Those that speak for them, defend them and attempt to rationalise or justify their barbaric actions like this unconciable and evil creature deserve worse. 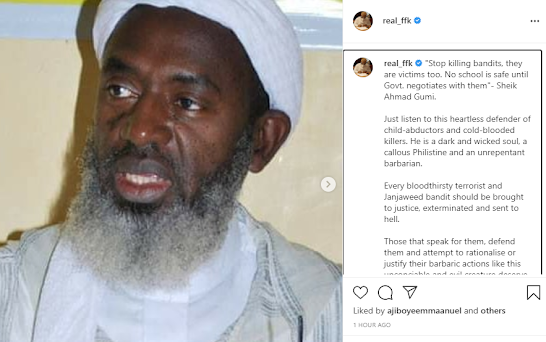