June 12 Protest Will Hold In Calabar, Despite Government's Threats — Jalingo 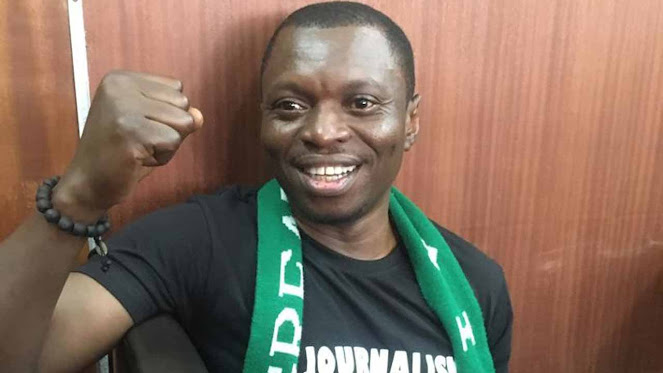 Nigerian journalist and activist, Agba Jalingo has said the planned protest in Calabar, Cross River State, will go on as planned, despite threats by the state government.

Jalingo said the Department of State Services (DSS) already invited one of the organizers, Jonathan Ugbal, over the planned protest, noting that the protest will continue regardless.

He stated that if the All Progressives Congress (APC) and Peoples Democratic Party (PDP) can hold rallies and public gatherings, the same applies to protesters.

He said, “When Governor Ayade defected, both APC and PDP could hold rallies and gather to address their supporters, but for the impending June 12 nationwide protest, the state government is reminding us in a statement that public gatherings are still banned. It's a lie. We will protest. The worst is that we will be tear-gassed, arrested, detained, and arraigned in court.

BUY YOUR DOMAIN AND HOSTING FOR BELOW 6000 NAIRA ONLY CLICK NOW TO PURCHASE!!

“The DSS in Calabar has already invited and questioned Jonathan Ugbal, twice over the planned protest, while we didn't hear that anyone was invited when APC and PDP supporters wanted to gather after Governor Ayade defected.

“When did the gathering of activists who seek to change society, become a crime while that of criminal politicians who have ruined our lives become a given?

“Our state cannot be governed by two different sets of laws. It is the same human beings who went to listen to the politicians that will be coming out to protest. Whoever thinks he/she can take away the people's constitutional right to freely gather and disagree with their government, is a callous dictator and must be resisted and resistance we shall do.

“June 12 protest will hold in Calabar and as usual, we will expect the cops to come and tear-gas and disperse us and make headlines for us. But to think that we will be deterred is a big lie. We are all freeborn's of the same country.”