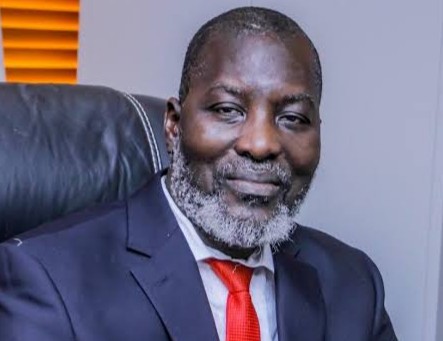 A multifaceted corruption scandal is threatening to tear the Federal Medical Centre, Abeokuta, Ogun State, apart. The FMC is one of the South-West most important tertiary health institutions.

At the centre of the raging storm is its Medical Director, Prof. Adewale Musa-Olomu, who was accused of irregularity in date of birth and abuse of office.

The PUNCH gathered that Musa-Olomu took over the reins of leadership of the hospital on June 1, 2017, for a term of four years.

His letter of appointment was issued and signed by a former Minister of Health, Prof. Isaac Adewole, who was in charge of the nation’s health sector at the time.

However, the tenure of the medical practitioner was reported to have been fraught with varying allegations.

Aside from the controversy around his age, the MD was alleged to have employed his son, Babatunde, and in less than a year of the son’s appointment, he allegedly granted him study leave in a European country, with pay.

Worthy of note is the fact that the board members were divided over the allegations against the MD.

Documents seen by this reporter indicated that within the period that Musa-Olomu was the MD, the hospital’s payroll increased with over 1,700 workers.

The PUNCH also learnt that the hospital bought a refurbished Computerised Tomography (CT) scanner, but at the price of a new one.

The machine, bought with N230m, was said to have developed a fault four months after installation.

Musa-Olomu, who denied the allegations, said the issues were being brought up by his detractors who wanted to deny him a second term in office.

The embattled medical director, who accused the hospital’s board of compromise, said he had proof that those behind his indictment were paid huge sums of money to bring him down.

Information on the official website of the FMC, Abeokuta, where Musa-Olomu’s profile was displayed, showed that he had his residency training in General Surgery at the University College Hospital, Ibadan, Oyo State.

He later joined the services of the Olabisi Onabanjo University Teaching Hospital in 1999.

Records at both hospitals revealed that he was born on January 6, 1960.

In fact, he wrote the date of birth himself on an application form to be a consultant surgeon at OOUTH.

A declaration of age document, dated February 24,1978, sworn to at the High Court of Justice, Abeokuta, Ogun State, and obtained by our correspondent, also confirmed that he was born on that day.

However, his record at the University of Ilorin, from where he joined the Federal Medical Centre, Abeokuta, showed that he was born on January 6, 1964.

A statutory declaration of age, sworn to at the Customary Court, Kisi, Oyo State, said the new change occurred on March 2, 2009.

According to an FMC official, Musa-Olomu has now adopted 1964 as his new year of birth.

He noted that without the adjustment, the MD would have attained 60, the mandatory service age of retirement, in 2020.

Indeed, two persons, identified as Mr Abdulahi Abiodun and Mr Sunday Anisere, petitioned the FMC’s board of management, drawing its attention to the discrepancy.

The hospital’s board, led by Dr Abdulaziz Mahuta while acting on the two separate petitions, set up a committee to look into the allegation of age alteration, among several others.

The five-man panel started its assignment on March 24, 2021, and concluded its report on April 12, 2021, holding both physical and virtual meetings.

Musa-Olomu, in his defence before the committee, claimed that the 1960 year of birth was the record given by his mother, while 1964 was the record of his father.

He also explained that as a university professor, he was covered by Section 4 of the University Acts, adding that his retirement age had moved to 70.

However, the committee’s report, reviewed by the board, showed that the MD started his secondary school in 1973.

It averred that Musa-Olomu, based on the 1960 record, began his secondary school at 13, while the 1964 date he switched to “for reasons best known to him” would mean he started at nine.

According to the board, the FMC, Abeokuta, is not a university, and Musa-Olomu’s appointment to the post of medical director is under the Federal Ministry of Health, which is governed by Public Service Rules.

It said there was enough evidence that Musa-Olomu “tampered with his age.”

“The fact that there are two different dates of birth used in his career progression contravenes the extant circular ref. No. HCSF/PSO/004/T/66 dated 3rd February 2009 (vide Annexures VIII). The incumbent should be made to realise the implications of his actions within the purview of the law, especially the administrative and legal consequences,” the board added.

The cited document, which was signed by a former Permanent Secretary, Ammuna Lawal-Alli, for the Head of Service of the Federation, forbids alteration in date of birth.

The board also said the action was a breach of Section 020108 of the Public Service Rules (2008), which read, “Date of birth recorded on appointment by an officer shall not be changed throughout the career of the officer. Any contravention shall be regarded as an act of serious misconduct.”

The PUNCH gathered that Musa-Olomu’s son, Babatunde, was employed as an engineer in the works department of the hospital on October 19, 2018.

Eleven months after his employment, the MD allegedly approved him for a study leave in a German university.

The leave was with pay.

According to Public Service Rule 100223, study leave is to be granted to a confirmed serving officer.