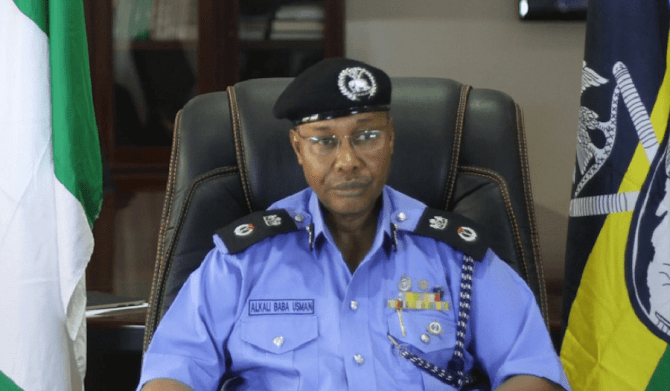 The Inspector-General of Police, Usman Alkali Baba, in April 2021 set up a seven-man committee of top police officers whose responsibility is to dislodge the Indigenous People of Biafra (IPOB) and its militant arm, the Eastern Security Network (ESN) in the South-East and South-South regions.

SaharaReporters learnt that although the signal said the officers should fashion solutions to also end banditry and insurgency, their major assignment was on how to contain IPOB, ESN, and the secessionist threats in the South-East and South-South regions, which were “embarrassing” the President.

“The terms of reference are to review the security situation of the country and in relation to insurgency and banditry and secessionist threats and examine current strategies and evolve a new operational plan towards curtailing the internal security threats to the country and determine the manpower and materials needed to execute the operations and cost implication report of the committee to be submitted not later than 1600hours of 22/04/2021 for final vetting by the IGP against his scheduled presentation to Mr President on Friday, April 23 by 0900 hours.” 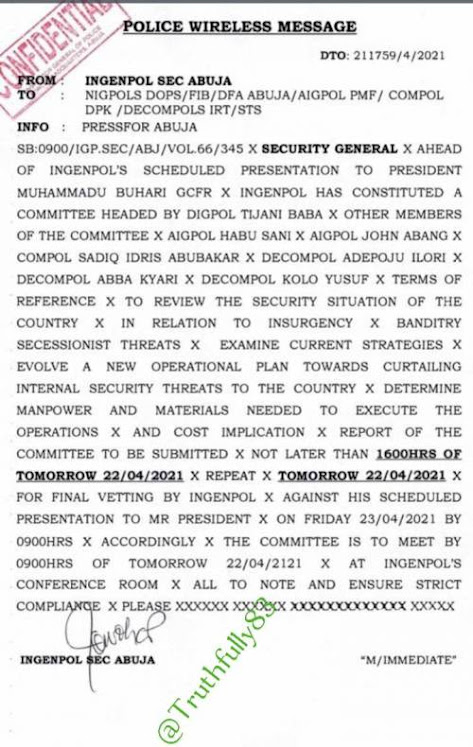 A civil group, the International Society for Civil Liberties and Rule of Law, in a release to SaharaReporters on Wednesday, said it believed that the same committee of police officers sent the squad which invaded the residence of top IPOB lawyer, Ifeanyi Ejiofor in Anambra State on June 6.

The intersociety said, “We wish to place it on irrefutable record that personnel of the Nigeria Police Force’s Intelligence Bureau or FIB, Abuja and the ‘Special Force’ in Anambra have been identified as being responsible for the ungodly hours of Sunday, June 6, 2021 invasion of Lawyer Ifeanyi Ejiofor’s ancestral Family House at Oraifite in Ekwusigo Local Government Area of Anambra State.

“Barr Ifeanyichukwu Ejiofor is a licensed legal practitioner, senior member of the Nigerian Bar Association, and Advocate of the Supreme Court of Nigeria as well as a Human Rights Lawyer of international repute and Principal Counsel for the Indigenous People of Biafra and its leader, Mr. Nnamdi Kanu. The attack in his house by the murderous security operatives was a ‘mission to abduct, kill, burn and destroy evidence’ including ensuring that the abducted three domestic staff members never come back alive.

“It is also our finding that the domestic staff: Felix Emeka Okonkwo (over 55-year-old driver), Ugochukwu Lawrence Okafor (20-year-old gardener), and Ikenna Chibuike (35-year-old gateman) are being held dead or alive in Abuja at the Directorate of the Force Intelligence Bureau, headed by DIG Tijani Baba.

“Further investigation by Intersociety showed that the FIB personnel’s attack was carefully hatched in Abuja and executed in Anambra using the local services and lethal facilities, equipment, and personnel belonging to the so-called 'Special Force’ in the state,” the group said.