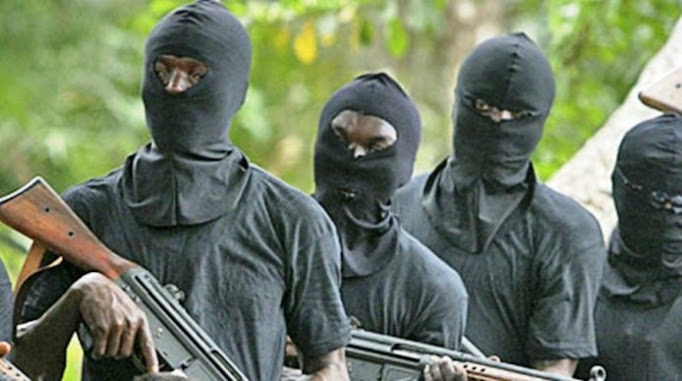 A three-month-old baby and 12 adults have been reportedly shot dead by gunmen in separate incidents in some villages of the Guma Local Government Area of Benue State.

The gunmen were said to have opened fire on travelers on Uikpam – Umenger road around 3pm on Tuesday, where five people, including the infant, lost their lives.

The Local Government Council Chairman of Guma, Caleb Aba, who confirmed the incident to Daily Trust, noted that there was a burial in Torkula, and people who were coming back from the burial came under attack

“It is true that there was an attack yesterday (Tuesday). There was a burial in Torkula and people who were coming back from the burial came under attack and about five people were killed

“At about 10pm, yesterday there was another attack at Branch Ude where about eight people were killed, bringing the total to 13 people killed only yesterday

“Two people were injured by the information I received and they are now receiving treatment in the hospital.

A source disclosed that he was forced to turn his vehicle back to Makurdi, when he observed that the vehicle in front of him was fired at severally, on his way to Umenger for a political meeting with some friends

“The herdsmen blocked the road, and opened fire on a Toyota Picnic, killing a 3 month-old baby who was shot in the chest, and his mother was shot on her lap

“My colleague, who was directly behind the Toyota Picnic on seeing the herders shot at the car in front of him, turned and returned to Uikpam

“The herders didn’t stop there, a certain Terver from Uvir, who was conveying his wife, had their life taken from them. A certain Solomon Kumaiin was butchered by the killers

“The body of Terver and his wife were immediately taken to a mortuary in Daudu, while the injured were brought to BSUTH for treatment,” he narrated

The Public Relations Officer (PPRO), DSP Catherine Anene, said she was yet to receive reports about the incident. ......”.....the incident.