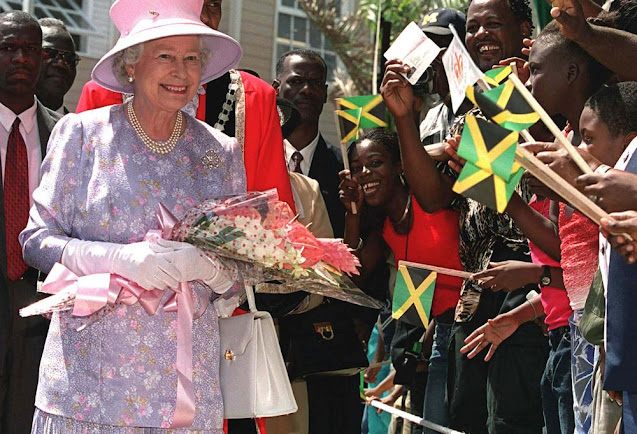 Jamaica is set to petition Queen Elizabeth for compensation to all its citizens as slavery reparations.

The Caribbean country's government is to petition her Majesty for billions of pounds of compensation but critics say British taxpayers have already paid to free slaves.

Merchants made a fortune as slave traders in Jamaica after it became a British Colony in 1707.

Many Jamaicans are descendants of slaves who suffered under the oppressive regime.

The country gained independence from the UK in 1962 but has kept the Queen as head of state.

And now Jamaica wants compensation as the country's Culture Minister announced the move to its House of Representatives.

Olivia 'Babsy' Grange said: "We are especially pleased to announce that we have made further steps in our strides towards seeking reparatory justice for the victims and descendants of the transatlantic slave trade.

"The petition is to be presented to the Queen of the UK and or the government of the UK."

David Cameron faced calls to pay billions of pounds in slavery reparations when he visited the former colony in 2015. That year, taxpayers finally paid off the debt from compensating slave owners when the practice was