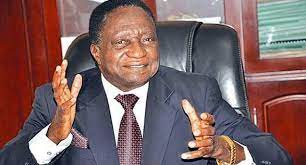 A Federal High Court sitting in Abuja has admitted former Registrar of the Joint Admission and Matriculation Board (JAMB), Professor Dibu Ojerinde, to bail in the sum of N200 million with two sureties in like sum.

His bail conditions will be met by securing two sureties, one of who must be a Professor in one of the Universities in the country and the other an Abuja resident.

Among other conditions, the sureties must offer proof of three years tax payment while the Abuja-based must be a property owner in the Federal Capital Territory.

Justice Obiora Ehwuatu, who granted the bail, ruled that the title documents of the second surety must be examined by his court registrar along with operatives of Independent Corrupt Practices and other Related Offences Commission (ICPC).