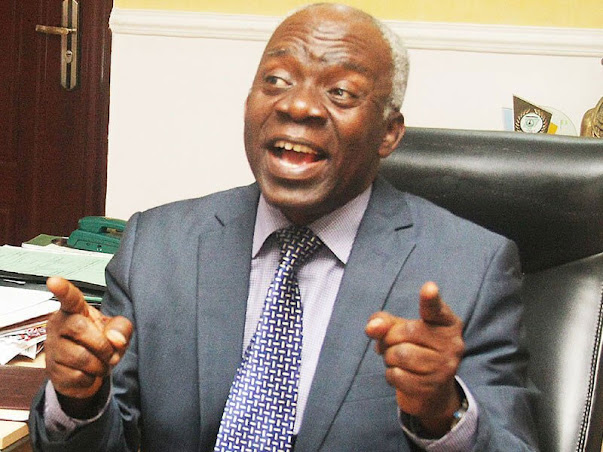 A Senior Advocate of Nigeria (SAN), Femi Falana, has criticized the raid on Sunday Igboho’s home by the operatives of the Department of State Services.

Falana, in an interview with Channels Television, monitored by SaharaReporters said the DSS acted like armed robbers.

It will be recalled that last Thursday, the DSS operatives stormed the home of Igboho, killing two persons and declaring him wanted.

The secret police claimed he was planning an insurrection against the country.

Falana said, “There is no law in Nigeria that allows you to arrest somebody in the dead of the night when you are not planning a coup and you are not an armed robber.

“There is no provision unless a crime is being committed in the night; you cannot go there and arrest.

“Take Ibadan, for instance, the invasion of the home of Igboho happened in the night, and for all-day, everybody was wondering who did (what), and that seven people were killed. People were arrested and abducted at 2:00 a.m., the governor of the state wasn’t aware.

“Now, Sunday Adeyemo has said he didn’t have any gun in his house. Yet, the DSS paraded guns and other ammunition. All the controversies would have been unnecessary if the DSS had behaved like a modern, civilized agency. These are very dangerous legacies of military dictatorship in our country."

Igboho has filed a lawsuit against the Nigerian government. He demanded compensation of N500 million and an apology for invading his home and vandalizing his properties.